"Lullabies for Lieutenants" was just named the Grand Prize Winner of the prestigious 2014 StoryPros Awards Screenplay Contest. My co-writer David Carren and I are thrilled. There were 960 entries and the judges selected ours as the very best. 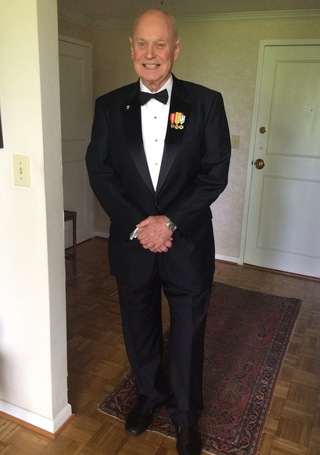 After his service in the Marine Corps he joined Wall Street and was a senior stockbroker for over twenty-five years with Lehman Brothers and Bear Stearns. A few years ago he left the securities industry to devote his full time to writing. He is in the process of writing a book about the Wall Street exploits he was a part of and saw. He is also writing a books about the abuse of power in the military.

He was named to the Short List of Finalists in the Pirate's Alley Faulkner Society's 2010, 2012, and 2013 Literary Competitions.

He is a member of the American Legion, the Veterans of Foreign War, the Military Writers Association of Georgia, the Authors Guild, and the Atlanta Writers Club.

His son Franklin V. Cox III is the President of Pecan Productions Studios, a multimedia company in Atlanta. His daughter Carolina Cox  lives in Destin, Florida with her son Carver, 7, and daughter Eloise, 4.